To leave a comment, scroll to the end of the post,click on the word " no comments" and it will open the comment option for you. Type in your note and choose your Profile. If you don't understand the choices under Profile then choose Anonymous but PLEASE type your name and location at the bottom of your comment so we know who you are! 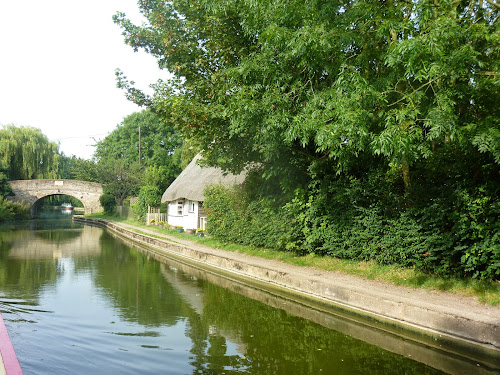 Today we left our mooring and the grumpy old so and so who I had words with last night to count his money, and set off down the canal, we have two locks to operate on the Grand Union before we turn onto a new canal the Aylesbury arm. 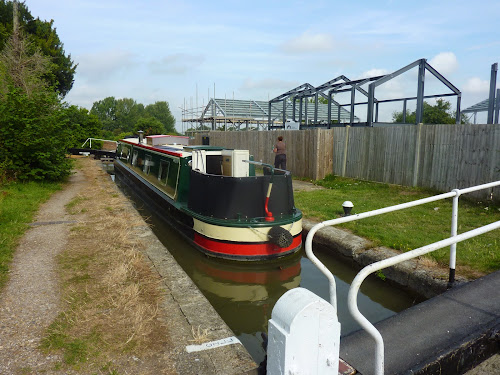 Opened in 1815 the Aylesbury arm stretches 6.25 miles and rise 95ft over 16 locks, it was heavily used transporting corn, coal, timber and building material till 1960. And with the efforts of the Aylesbury Canal Society the canal is still up and running. The locks on this stretch are back to single narrow locks which are a bit easier to use, but saying that after 8 locks we decide to moor up by the village of Wilstone. 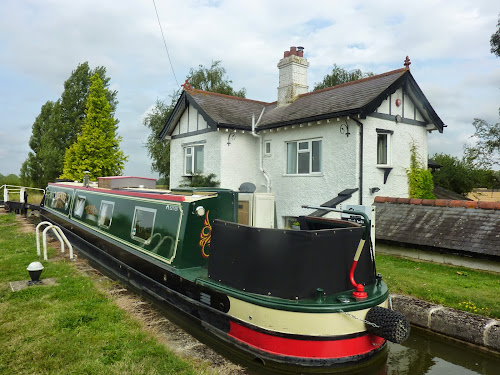 Wilstone is famous for its association with Hertfordshire last witch hunt in 1751 resulting in the death of Ruth Osbourn the accused witch,the coroners inquest into Ruth' s death was held in the Half Moon pub in front of 25 good men and true, and the instigator Thomas Colley was hanged at nearby Gubblecote and his ghost is reputed to haunt the area as does his black dog. 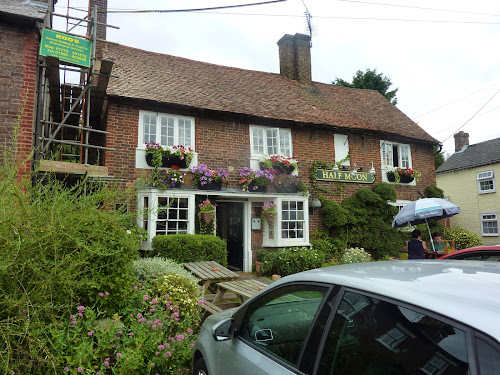 The promised heavy rain and thunderstorms never appeared for us and has been a pleasant day, we had a wander around the village and a shandy in the Half Moon pub before back to the boat and a night in front of the telly. 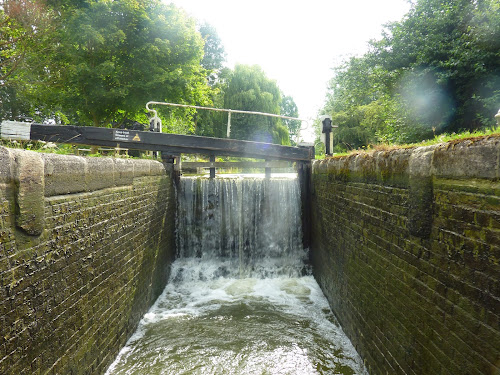 Posted with Blogsy
Posted by Unknown at 10:23